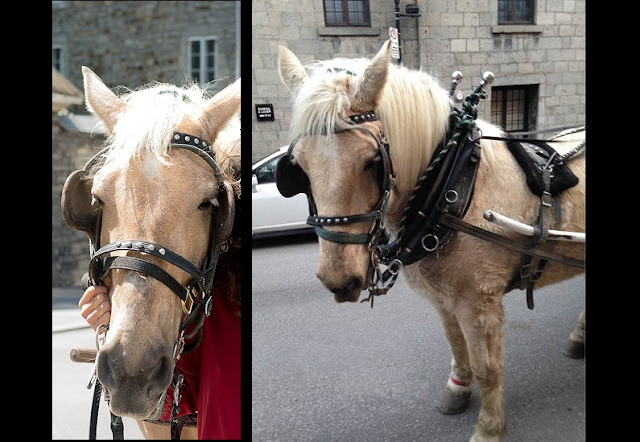 On the night of New Year’s Eve 2016 Adelia died in her box stall alone and hurting. They say it was a colic. We say it was years of abuse that led to her death. She was an old horse, over 25 years spent serving humans. And like most caleche horses, she was not granted a retirement, instead she worked to death. She was driven by a coachman nicknamed Pyscho Phil, and we understand why after witnessing his violent tantrums and screaming in the ears of sweet Adelia as she pulled and did the best she could to serve her master...
Just a few days before Christmas, Mayor Coderre had announced a $500,000.00 + $90,000.00 investment into the caleche industry. The public doesn’t know this, but that public money will not be used to build a stable but a tent for the horses! It will also be employed to dress the coachmen in fancy uniforms, which they’ve stated they will refuse to wear. Must we remind the Mayor that the current bylaw already requires them to wear a uniform among many other more relevant things?
So what’s in it for the horses you might ask? Absolutely nothing. The bylaws will continue to not be enforced. All will remain the same. No improvement or protection for the horses’ well-being.
In the meantime Adelia died. MAPAQ and the City inspectors were not aware of her death until we informed them just like many other horses that have die unreported.
Adelia had been sick for years. She had many physical injuries, caused by her work pulling caleches and standing in a narrow box stall, where a cable once provoked a deep wound in her leg. She was rehabilitated at a rescue and then returned to work.
We don’t understand why an old and suffering horse was not retired. Who is to blame for this? I’d say first and foremost the City of Montreal, guilty of negligence and responsible for allowing these sensitive animals to be perpetually abused.


While three caleche horses, Ulysses, Blanko (the horse who spooked in Place d’Armes jumping a bench in 2015), and the very frail Charlie, were rescued in 2016, Adelia unfortunately was not one of them.
Farewell, sweet Adelia. 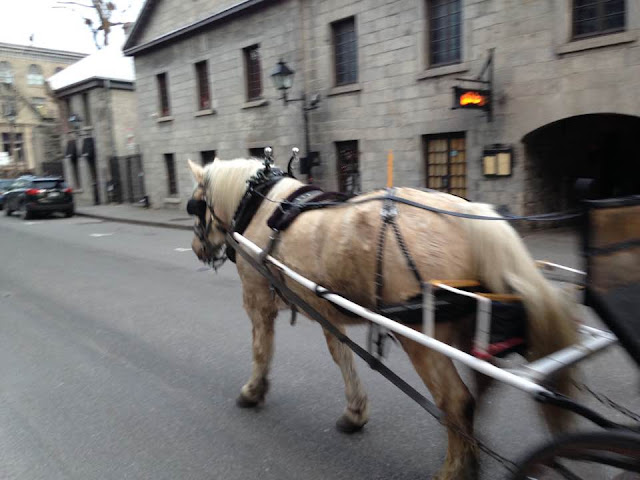 Posted by Mirella Colalillo at 9:19 AM 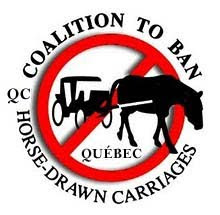